Being Together Precedes Being 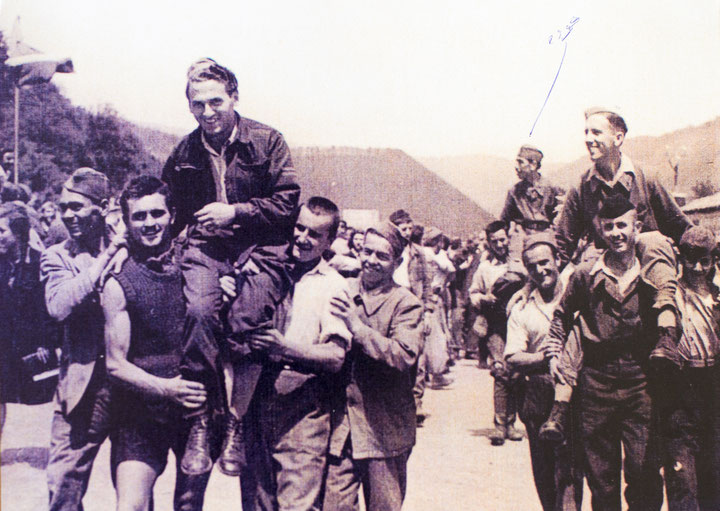 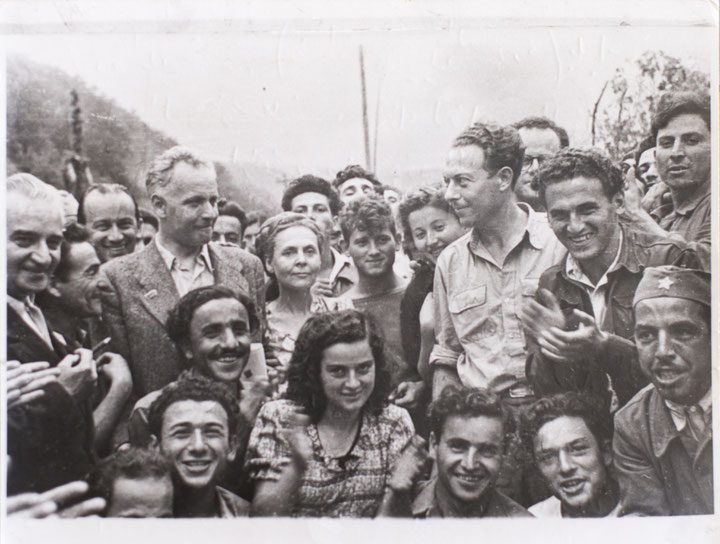 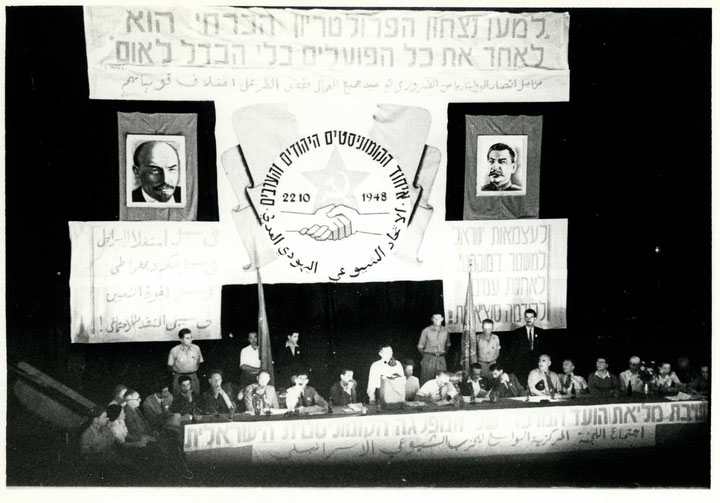 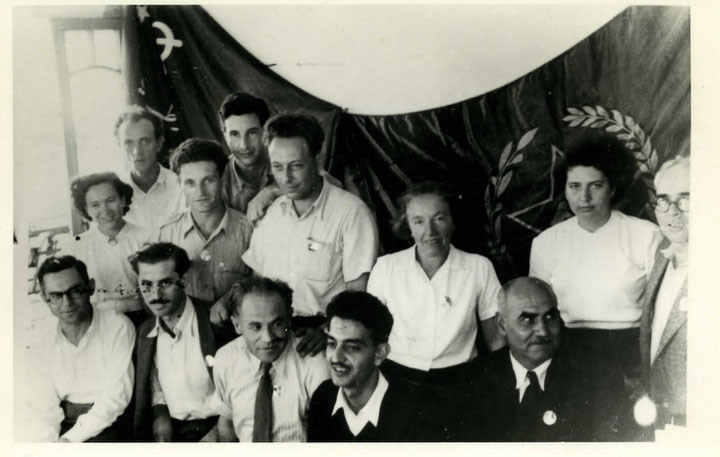 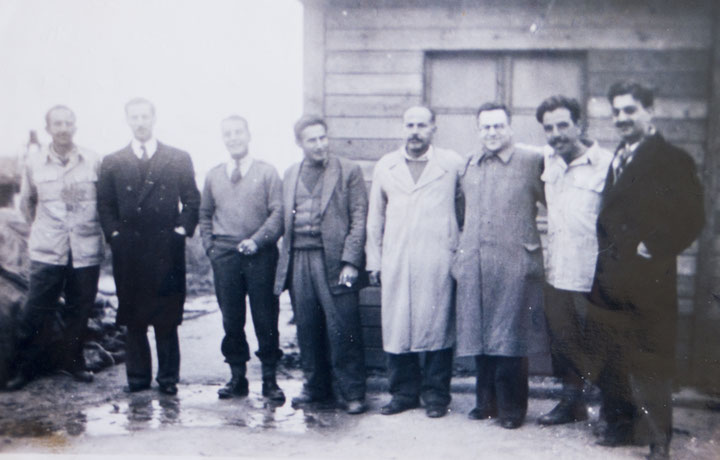 The photographs I have discovered and researched in the archives of MAKI (Communist Party of Israel), depict the actions of young Arab and Jewish women and men from Palestine. The selection of photos here suggests insurgent universalism and constitutes visual solidarities between three territories that no longer exist: Yugoslavia, Czechoslovakia and Palestine. While these geographies experienced different processes of erasure, with Palestine still struggling to survive, it is with the actions and photos of Palestinian communists that we find access to the solidarity axes which involved real existing socialisms and their engagement with anti-colonial liberation movements, even prior to the official establishment of a non-aligned movement. The pictures here celebrate Jewish-Arab political unity under communism. They depict a journey of Jews and Arabs from Palestine to Yugoslavia, a multi-national state, and to Czechoslovakia, a multi-national state. These affinities speak of an existential understanding of internationalism, wherein to make a commonwealth for Arabs and Jews in Palestine, one is compelled to join struggles of other multi-national socialist movements.
The meaning of communism in Palestine-Israel is a Jewish-Arab political partnership. The Communist Party was established in Mandatory Palestine in 1919, and operated as an underground movement for over two decades. In 1943, with the dissolving of the Comintern, a split occurred in the party, after which two communist parties operated on a national basis for five years—the Communist Party and the National Liberation League. Following their joint general strike of April 1946, which lasted for two weeks and included some thirty thousand employees of the British government in Palestine, a series of Jewish-Arab joint-operations developed in Palestine and outside, culminating with the unification of the two movements of Jewish and Arab communists, during the 1948 war, as the Palestinian tragedy of expulsion was taking place.
The photos here demonstrate a dialectical relationship by which the Palestinian communists were calling for a two-state solution (representing the right to self-determination for Jews and Arabs) while actualizing a reality of one-state (a joint Jewish-Arab project of collective emancipation). These photos pertain mainly to the delegation of Palestinian communists who went to work together on the Šamac-Sarajevo railroad in Yugoslavia together with volunteers from around the world, and to the First Congress of Socialist Youth Movements in Prague, both of which took place in 1947. The research includes also interviews with two participants who took parts in these expeditions: Odeh Al Ashhab and David (Rabino) Rabinovici.
The photographs here tell the story of a local unification of forces, as part of internationalist solidarity. These photos generate a trajectory of an alternative historical course that can inform us to this day. They delineate a historical path that can inform us today. The trajectory of their imaginary offers a parallel reality that never matured. Through the archive, we can have access to that parallel history that never happened and is still waiting to be forged.
Many of the photographs in this display were taken by Berlin-born Jakob Kösten (1911–2000), who was active in the Communist Party in Palestine during the 1940s and 1950s, until he immigrated to Vienna. Kösten documented many of the party’s actions and events, including the Jewish-Arab expedition to Yugoslavia, and Prague, both of which were held in the summer of 1947. Jakob Kösten was born in Neukölln to a Jewish family. In 1928 he joined the Communist Party Youth Organization in Berlin and worked in the darkroom of the New York Times offices in the city. In 1935, after several arrests and as his citizenship was revoked by the Nazis, Kösten fled Germany to Palestine where he joined the local Communist Party. Kösten documented the activities of the party in Palestine and supported himself by working for news agencies in the country until 1950, when he moved to Vienna, where he lived until his death in 2000.

The research on these photos was done as part of “The Kids Want Communism” (curated by Joshua Simon at MoBY, Israel and Kunstraum Kreuzberg Bethanien, Berlin, in partnership with Tranzit Prague, Škuc Gallery Ljubljana, State if Concept Athens, The Free/Slow University Warsaw, The Visual Culture Research Center, Kiev, and Westspace Melbourne, 2016-2017). Parts of it are included in the book of the exhibition project: Being Together Precedes Being: A Textbook for The Kids Want Communism (Archive Books, 2019)

1.
Odeh Al Ashhab (at the back) and David (Sasha) Khenin (at the front) carried by fellow expedition members at the volunteer work camp in Yugoslavia, after the Jewish-Arab communists from Palestine received a commendation for their work. Summer 1947. Photograph: Jakob Kösten.

4.
A delegation of young communists from Palestine marching in the delegations’ procession of the World Festival of Youth and Students in Prague, July 1947, and bearing the slogan: “The road to freedom—a Jewish-Arab solidarity.” This photograph shows a group of young people from Palestine, Jews and Arabs, with a banner that says Palestine together with the flags of Israel. Today, this would be a multi-stable image—like the duck-rabbit image—you see either one or the other, they cannot be seen together, other than as negating parts. But this image suggests a perspective in which these two realities exist on the same plain as one. Photograph: Jakob Kösten.

5.
Convention of the Union of Jewish and Arab Communists at Cinema May in Haifa, October 22, 1948. The union ended the split in the Palestinian Communist Party of 1943, in which Jewish Communists were organized in the Communist Party, and the Arab members in the National Liberation League. The two organizations collaborated continuously on workers’ struggles. In 1947, the two organizations assembled together the Jewish-Arab delegations to Yugoslavia and to the World Festival of Youth and Students in Prague. Photograph: Jakob Kösten.