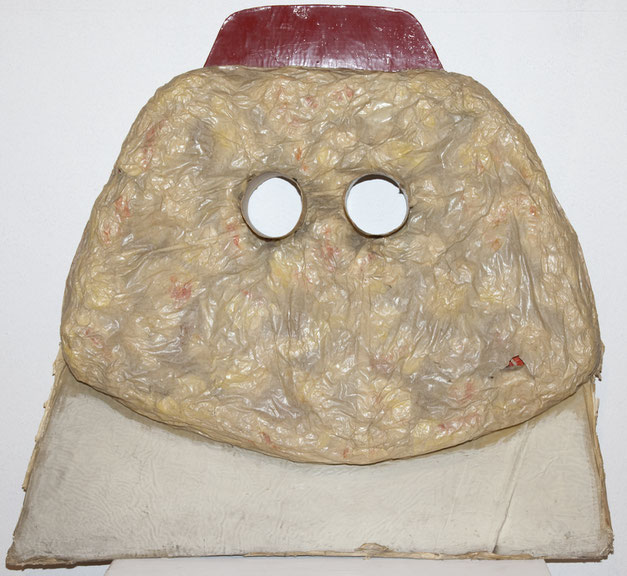 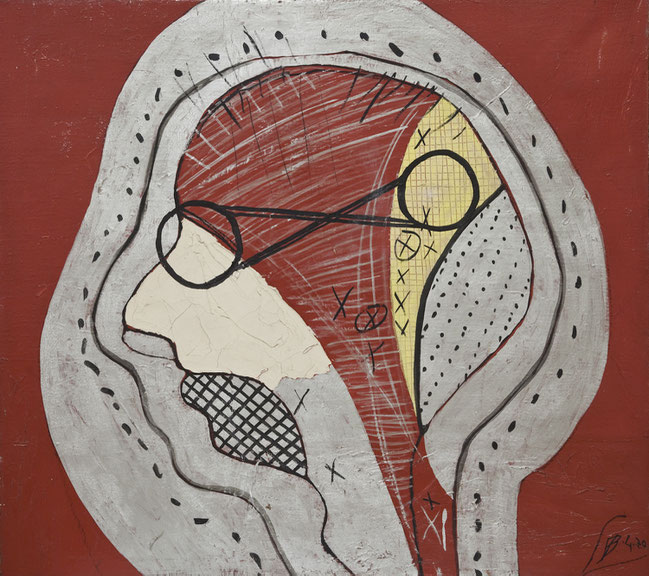 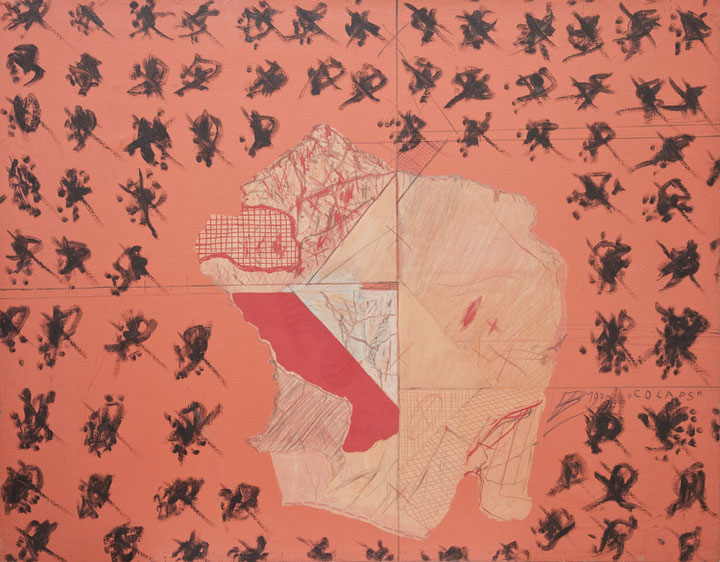 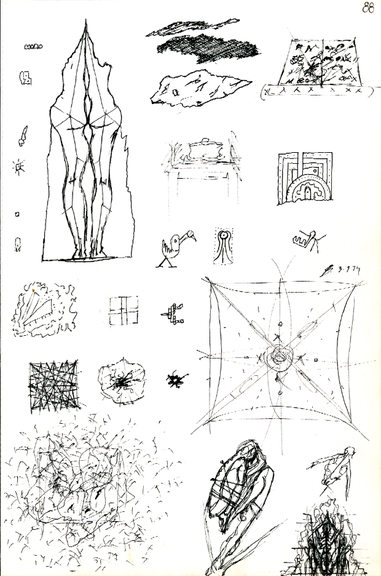 The “entities”—the family of forms invented by Horia Benea which comprise what he called a “post-knowledge iconography”, probably thus named into order to avoid other possible terms such as “thing”, “object”, “image” or “representation”—are both concepts and materialisations or visualisations thereof. As early as 1970, Bernea had embarked upon these explorations that conjugated conceptual art with ideas drawn from quantum physics and speculations on the spiritual nature of art. Bernea provided a discursive articulation of his ideas in the text “A Kind of Disorder”, partly published in Arta magazine in 1970 and republished in an extended version in the catalogue for the exhibition New Problems of the Image (1974). Various arrangements from the cycle had been exhibited mainly abroad. One of the key moments from this point of view occurred at the Paris Biennale of 1971, when Bernea exhibited a large wall installation titled Essay on Space/Iconography after Knowledge.
For Bernea, the artwork, respectively his “entities”, had the status of a trace, i.e. a “residual form that allows only the conception of a phenomenon’s existence, without enabling its representation.” The artwork can at the most be an attempt to recreate the mystery of the world, a sounding of our impossibility of knowing the world. The forms he invented (which bear such names as Brarb, Mucarfa, Stroaeuge, and Verg) are capable, through their hermeticism and the impression of defamiliarisation they convey, of acting as signals of the unknown—and unknowable—principles upon which the existence of the world around us and the universe is built.
The entities correspond to specific morphologies, which Bernea conjugated in countless variants, in paintings, drawings, and objects. Each “entity” had its own attributes, the result of a process whereby its morphological and conceptual characteristics were sedimented: “S.D.B. (Shoulder Dumbbell) – locus, hierarchy, uniqueness, closed object; Brarb – domain moving from rigour to approximation, anthropomorphic, symmetrical, uniqueness; Verg – vectoriality, ambiguity, uniqueness with a tendency to become an open object; Stroaeuge – ambiguity, strangeness, uniqueness, anecdotic note of anthropomorphism; Mucarfa – informal, structural conflict, open object (indefinite fragment).”