A Different Shape of Progress 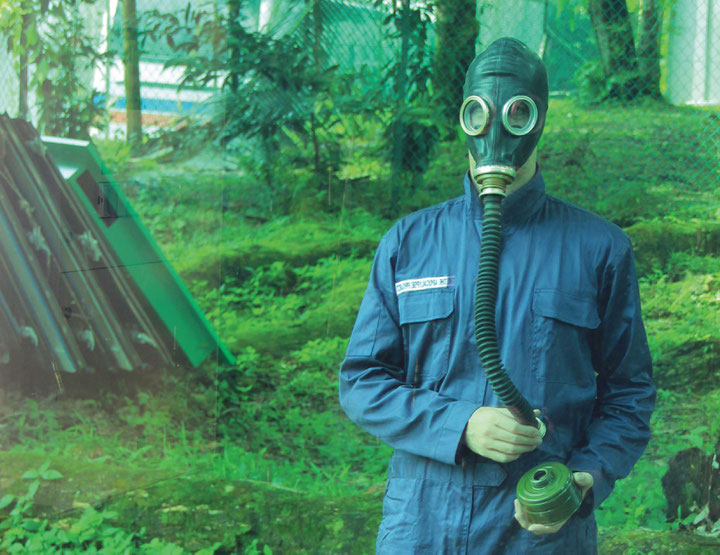 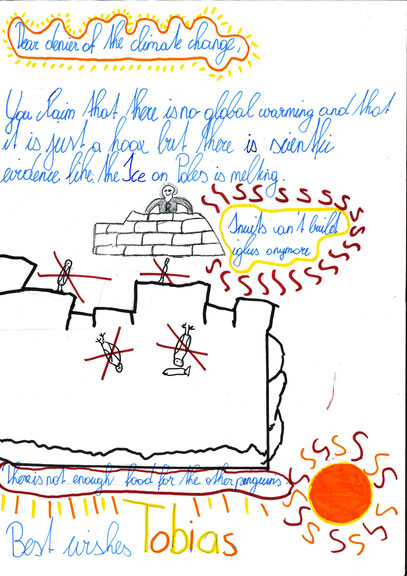 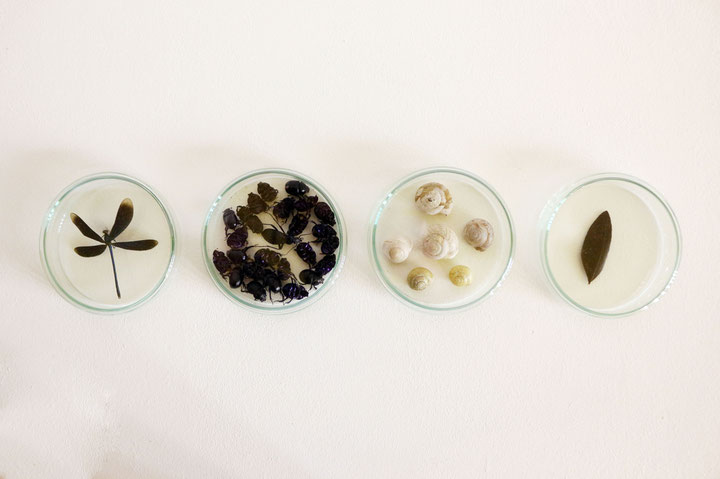 Progress is an ambiguous word whose use should be defined very carefully in a world divided by inequality. What is “progress”? Ask a banker, a farmer, and a politician and one will get three radically different answers. What are the criteria that allow us to determine if society is progressing? For whom is progress accomplished, and who decides? Who is left out, and what can be done to achieve otherwise? Most importantly, what systems are in place to ensure that progress can be sustained?
Progress is a function of time, and so we often attribute words such as “forwards” or “furthering”. It also elicits comparison between two different time points, and thus begets the comparisons between Then and Now. The current model of progress is a linear graph with a positive slope that illustrates largely monetary gains because of capitalism. We are a society of competition, where there are winners and losers. Part of the losing camp, or the ones who bear the worst of capitalism’s effects, is the environment, the indigenous people who guard them, and the young and future generations inheriting a world where many systems are broken. In the current view, the progress of one thing leads to the destruction of another. It is ironic that forests are razed, cities rise, more stuff is bought, trash is exported to poorer countries—and we call it development. We view progress as consumption of things, and while consuming a bit of resources is important to live, we have defined a progressive life as one that consumes too much. Our culture of excess has led to people working in jobs they don’t love in order to buy things they do not need at the expense of their relationships and happiness. It has wreaked havoc on the planet and on our mental health.
It is difficult to define what progress is, because humanity is heterogeneous. We have many diverse interests and see people who are different as the Competition, and therefore, the Other. Added to this difficulty is the era of fake news and post-truth, where we live in our many filter bubbles. It is critical to have a common working knowledge of the world so that we might visualize how it might change in the future, but if we can’t even agree on what is “true”, how do we move forward collectively when we live in different realities? “Inclusivity” is the buzzword in a time when we are more actively aware of the divisions among ourselves that has largely to do with privilege and wealth. As an artist working in various countries, I believe that art can mediate between individuals in different bubbles of society. More importantly, art can interrogate the factors that divide us and propose alternative systems of questioning, working, and living.

The Apocalypse Project: Climate perspectives around the world
I have two examples. In "The Apocalypse Project", a five-year artistic body of work, I explore climate change and our environmental futures through interdisciplinary works and collaborations. I founded this during an art-science residency in a sustainability laboratory where I worked with their researchers. I did it as a reaction to Super-Typhoon Yolanda hitting southern Philippines which reignited the climate change discussion in a time when social media was arguably at its peak. When the project was first documented, it was accused of “fear-mongering”, which was by itself a privileged and uninformed position, considering that far worse had already happened in other replaces around the world, far from the safety of their air-conditioned bubbles.
Although the project uses the word “apocalypse” in its original Greek meaning, which means “disclosure,” because of the pop culture references to the word, people tend to associate it with dystopian scenarios. While I agree that dystopias are helpful and harmful at the same time, the infinite scenarios between the range of dystopia and utopia should also be considered, as this project does, as progress differs in different sectors of society.
Because climate change is becoming a topic of growing interest not just in the arts, "The Apocalypse Project" has also been of interest in the development and non-profit sector. The intersection of these varying interests has given me many opportunities to work with different communities all over the world, which has been very enriching for an artist’s practice. Among the many interesting encounters I had was working with children and youth who have experienced severe climate change impacts such as rising sea levels, hurricanes, and drought through a residency with Plan International, a global non-profit organization that works with child sponsorship and with the support of the International Climate Initiative. Co-creating art pieces with them—essentially an embodied conversation between an artist who is trying to raise awareness on climate change and individuals who have in fact experienced the worst—remains one of the highlights of this project. Importantly, one of the communities I interacted with was in Tacloban City, the Philippines. The hurricane that devastated it in 2013 was the same one that had impacted these kids and the one that I founded this project as a reaction to. Exhibiting these works at the 11th Community Based Adaptation Conference in Uganda gave me an interesting picture: of seeing people working in government and policy looking at climate change through the eyes of the very people they claim to serve.

The failure of the expert in the era of fake news
Through my work about climate change, it became apparent to me that the discourse on climate change was evolving. Back then, the public discussion was about asking what climate change was, resurrecting the old warnings of scientists in the 1980s, arguing the difference between climate and weather, and the rise of climate change deniers. Eventually, it moved on to discussions about the Anthropocene and disagreements about why humanity had to be the star of this new age we are in. And not too long ago, the public started to get to know this thing about neoliberalism and the unequal systems we live in. Which lead to the obvious questions: Who was to blame? What can be done? My residency and fellowship experiences especially in Southeast Asia, Colombia, Uganda, and the Amazon have made it clear to me that researchers were right: the people who are most affected by climate change were the ones who had done the least to cause it.
Events such as Brexit and the inauguration of Donald Trump as the 45th president of the United States rocked the scientific community. The latter resulted in the appointment of climate change deniers in key positions, the repealing of environmental regulations, and the perpetuation of hoaxes. “Post-truth”, which was first used in 1992, was named Word of the Year by the Oxford Dictionary in 2016. I expanded my practice to include additional questions nagging at me through the years. Why is the practice of science, regarding the communication of its outcomes, and the trust in it, marked by such inequality? Why is basic knowledge not a human right? In my body of work, "Wild Science", I look at the role of science in society, seek to bring out scientific processes out from their ivory towers, and investigate ways to restore the public’s faith in the sciences.
In Bartholomeus Spranger’s painting, "Minerva victorious over ignorance" (1591) hanging in the Kunsthistorische Museum in Vienna, the goddess of art and science is dressed for battle and conquers the donkey-eared ignorance. In a world of fake news, filter bubbles, and the failure of science to sufficiently impact public policy, this painting is not just a classical allegory, but also a contemporary aspirational ideal. Today, science has become a battleground, where facts are rejected and scientists are denounced as frauds. While science and technology are often determinants to a society’s success, I argue that equally important is the acceptance of facts (as this is required for key policies to be put in place) and also who these policies benefit. To rely solely on technological might as an indication of progress puts us in peril, as we exhaust a finite planet of resources and cause social anxiety and unrest.

The future is not a straight line
I once had an art residency in the US that allowed me to work and interact with futurists. Most liked to lead with the William Gibson quote, “The future is already here; it’s just not evenly distributed,” and the idea that no one can predict the future. The future is, after all, a messy path where we make mistakes. But we can continue to critically engage and ask the right questions, as nothing is black and white. Without a consistent practice of reflection and conversation that the cultural sphere can provide, the future that we want and the future that we end up having could look radically different. If we do not engage in thinking about the future of society, it will be decided for us.
Perhaps instead of looking at progress as steadily increasing monetary gains, we can draw different shapes. Many economists have already given their own proposals, such as the model of doughnut economics proposed by Kate Raworth that argues for ways to meet the needs of everyone within the limits of the planet. Decrying a linear model of progress means we can visualize our futures more than simply a steady act of consumption and destruction. A future where everyone has equal opportunities and no one is left behind. A future that has more nature and less cement. A future with less social stratifications. We need these and other, radically different models that deconstructs and even destroys the myths and misrepresentations we have of ourselves if we are to provide better alternatives for our common futures.